After spending a couple of tranquil nights in Viestre, an interesting town which appears to have almost as many Germans as Italians in it, we moved along the coast to a little place called Peschici stopping at ‘Parco Degli Ulivi’ which is another ACSI site (12 euros a night Inc. Elec.) The place looked more like an olive plantation than a campsite as there were enormous Olive trees stretched out in all directions around us. The site was enormous, although thankfully as there were only 6 of us staying at the peak and the pitches weren’t marked out it wasn’t an issue ….. although I still don’t understand why one motorhome decided to try parking less than 2 meters away from our door – he obviously heard me cursing him as he soon moved though 🙂

Peschici sits up on a cliff above the bay and has a small but very quaint walled old town and castle, unfortunately that is more than could be said for the rest of the town which apart from the main square needed a little bit of tender loving care. The main draw to being in Peschici however was to be closer to the Umbrian forest, so on Thursday we set off on the bikes into the forest to try and explore. We knew we would be pushing our luck to do the trip we had planned as it would have been a very hilly 80km round trip, unfortunately I was struggling as my back was aching after 25km of (all except 3km) uphill, so we threw in the towel and glided back down to the campsite again. It is a shame that there don’t appear to be any campsites closer in, I guess one of the benefits of having a car and being able to start your ride when you are already in the forest.

After a good nights sleep and a morning run to ensure that my back had recovered we decided to leave the Gargano behind us and get some miles in working our way back up to Perugia where we are meeting Richard (Gonzo) next Sunday. After ruling out an Aire in Lanciano as it was going to be market day and apparently the Aire would be inaccessible, Keith found a Fattore Amico small holding ‘Agriturismo Caniloro di Guiseppina di Nardo’ which was close to Lanciano and looked like an interesting stop. We wound our way away from the coast and into the beautiful rolling hills, and despite the entrance being on a bend with a fairly steep and narrow driveway, we made our way in, parked up and said hello to the goats, horses, sheep, chickens and dogs before having a nice chilled out afternoon.

We had hoped to buy some wine and possibly charcuterie, but despite trying, we ended up leaving it to the morning when we thankfully managed to find the owner who showed us around the farm and explained a bit more about what they do. With roughly 13 Hectares of land they primarily have olive trees and then grow feed for the animals, grow grapes for three different wines (enough to support the family and the restaurant for the year), maintain a good sized allotment and then they keep animals to produce meats and cheese…. Quality, not quantity! 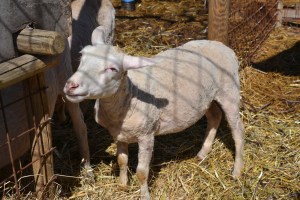 As we only found this out just before we were due to leave we ended up having second breakfast (obviously to taste the produce) which consisted of two different cured meats, ricotta cheese, home made bread and a carafe of red wine …anyone would have thought we were hobbits, although the carafe of wine was a bit much for 10am, I only wanted a taster and Keith was driving 🙂

It was all delicious though and we both wondered what it would have been like if we had decided to eat dinner here…. Perhaps next time though we settled for 3 bottles of wine and 750g of a a local cured sausage…. A bit much but he ho…. On our way back down the drive we were presented with the most beautiful views to send us on our way…

Back on the coast road we drove on to Giulianova where we have stopped at ‘Don Antonio Camping Village’ (16 euros with ACSI inc Elec) which is pretty much full to the brim. The 2nd June is another National holiday and it feels a little like most of Italy has decided to join us here ….. including one of the families we stayed next to in Marina di Latina a month ago who we bumped into this morning.

Although the campsite is huge and almost full, the setting is one of the best for a ‘beach’ location we have come across so far in Italy with 42km of cycle path along the seafront and apparently there is large air display here this afternoon.