Who would have thought that after quitting our jobs in IT two and a half years ago we would be starting back at work again on a farm in mid-eastern France ?? Apologies Jeremy and Andy you lost the bet along time ago, but I don’t think either of you would have predicted that this would have been my next stop 🙂

After a night of rain it cleared up and we woke to a fresh, but dry morning, breakfasted and jumped on the bikes to get to the farm for 7:50 to start our days work. As the weather hasn’t been warm enough we were told we wouldn’t be picking cherries, but instead tending to the vine. Josette and Florian have just under 5 hectares of vine all of which is Syrah grape which makes Crozes Hermitage wine and is fed into the local Co-operative ‘Caves Tain d’Hermitage’ – the wine which we tried last Saturday.

As the grapes won’t be ready until September all we were doing was chopping off the surplus branches to ensure that all the goodness is directed into a smaller area, thus enhancing the quality of the grape…. That is the theory at least, I think we will be doing a fair bit of this over the next few weeks 😦

When we finished the ‘pruning’ we turned our hand to a bit of weeding round the newer vine and then a bit of training to coerce the vine into growing in the right direction – all very interesting but back breaking as you are bent over double for the majority.  Not being used to the manual labour, the shower felt pretty good on Monday evening and we both definitely knew that we had put the hours in.

Tuesday morning came round quickly and this time we managed to squeeze in our 5/10 minute warm up before we started work, although we actually ended up only working half the day as although I would like to say that we were super-efficient, the truth is that the crop still wasn’t ready.

We took advantage of having an afternoon free to do the chores and Keith did some Tabata and I went for a rather warm run. We both felt much better afterwards though, despite being tired I think that the exercise helped loosen everything up again 🙂 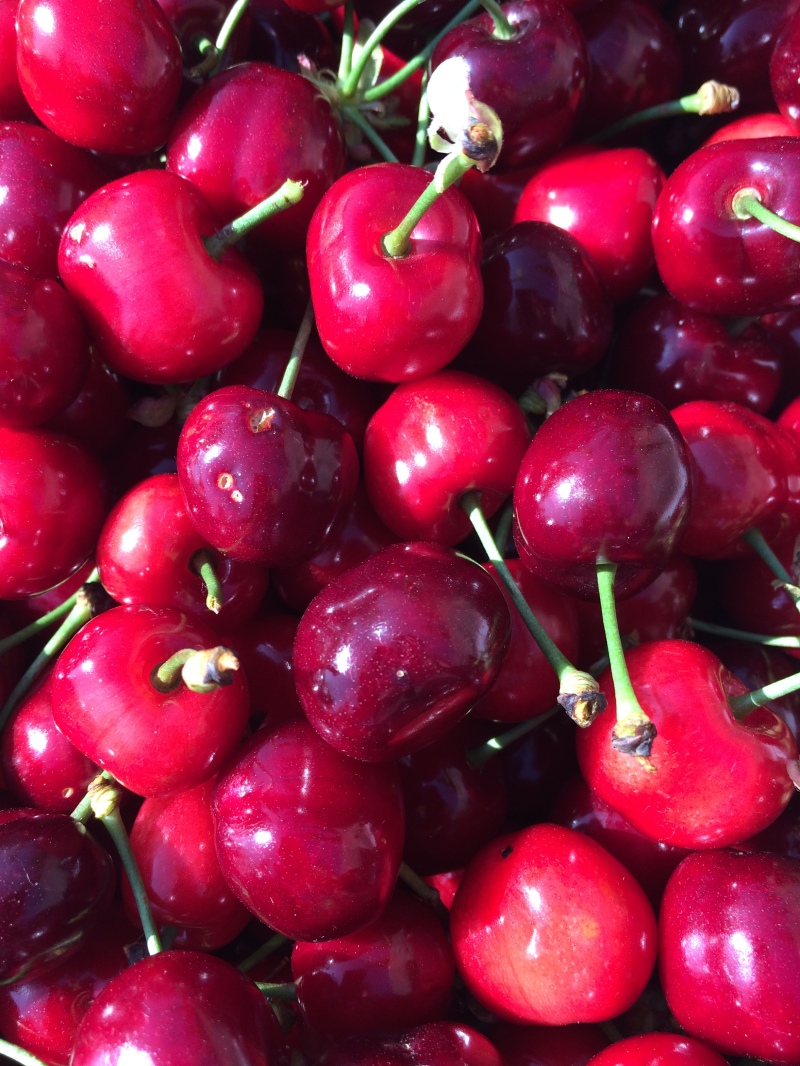 Wednesday morning we arrived and were lead towards the first lot of cherry trees to start harvesting the crop. The trees that we worked on on Wednesday had been badly hit by the hail storm in mid-April and a lot of the Cherries were damaged – great for us (as that meant there were more for us to eat/take home), but not so good for Josette and Florian as they lost about 80% of the crop as they can’t sell damaged produce. Worse still a large number of the trees simply hadn’t produced cherries, or those that they had produced were still green or too small and were written off for this year.

Thursday afternoon moved us to another field where although only 20% of the trees had cherries, the quality was far better as was Friday morning in another field. It is really quite sad to think that there are still all those trees that have cherries on them that you, or I would happily eat/buy, but for the farmers it just isn’t worth their while picking them as they won’t be able to make a sale.

We finished at lunchtime on Friday with a traditional ‘Aperitif’ at the farm, happily rolling back to the Motorhome to eat our lunch and have a nice stroll along the Rhone in the 30 degree sunshine.  The nice weather hung around for most of the day yesterday, enabling us to cook and eat a nice Spanish style (that simply means ‘late lunch’) Bar B Q with Michel and Teresa, sadly disappearing over night and we are now apparently looking at a few more damp days. Hopefully the weather forecast is wrong and we will wake to beautiful sunshine tomorrow to help bring on the next lot of fruit and enable us to explore the region a bit further but it will be what it will be.

I have been trying to be creative with Cherries and we have had no less than three Clafoutis (needless to say not made by us), Stewed Cherries with yogurt and muesli and today I have cooked a Cherry Cake with a hint of cinnamon which has just come out of the oven and smells delicious… 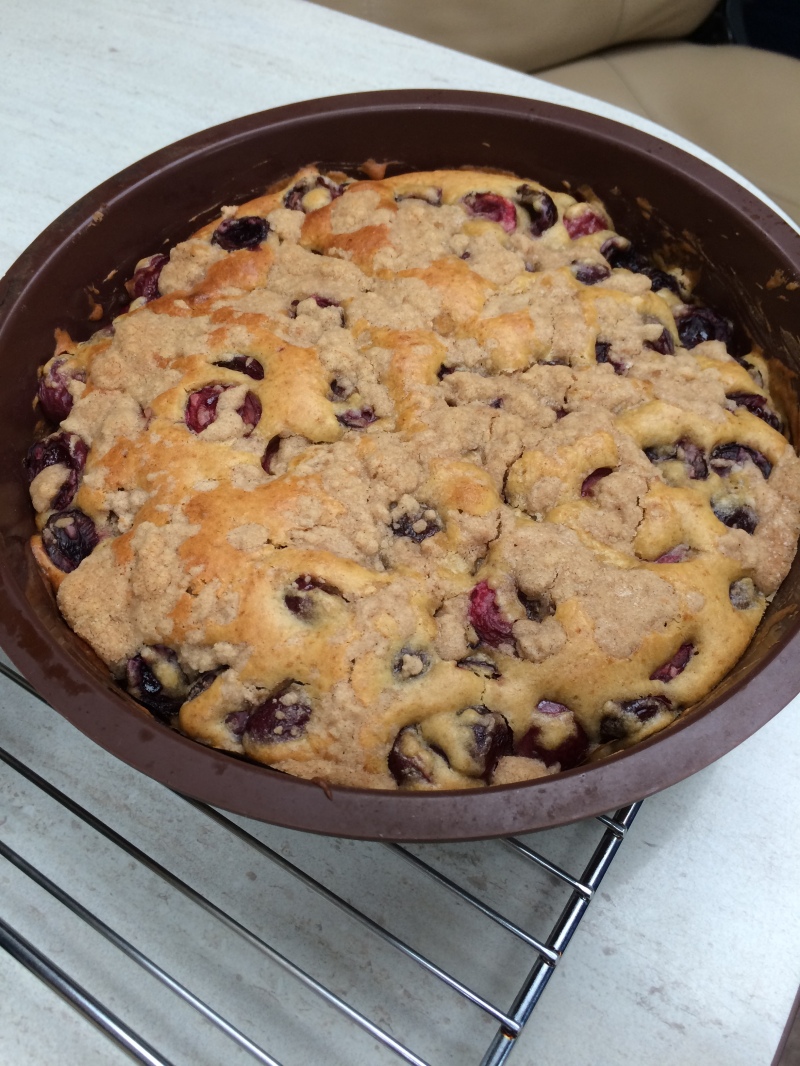