I can’t believe that it has been six weeks since my last blog…. not sure where the time has gone so apologies for the silence.  It has been an interesting time and although we are pretty used to sorting out the odd leak or a spot of damp in  the flats, we have now learnt how much damage water can do in a very short period of time. 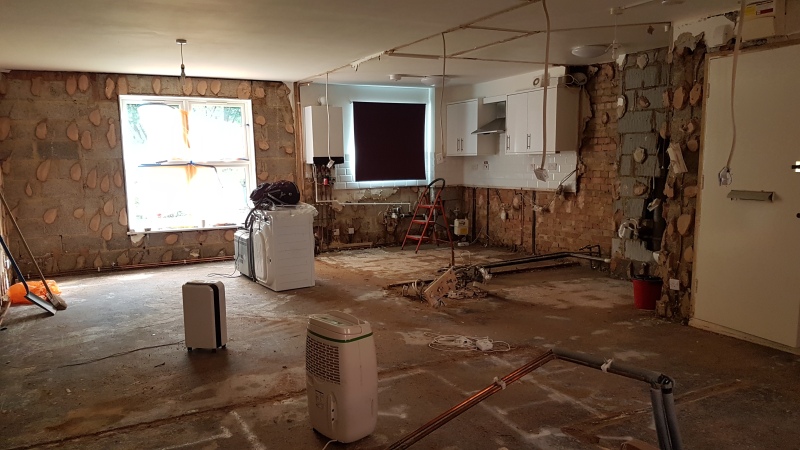 What was a lovely two bedroom flat turned into an open plan room when we had to take it back to the bare basics as the water had penetrated all the floors and walls….. I am however quite excited about seeing the end product. We are now over half way through and are taking advantage of making some changes to the layout whilst rebuilding it from the ground upwards ….. the stressful bit is over and photos will follow next time.

Following on from last years sucess, September 27th brought with it a lot of cake, biscuits and tart for the Macmillan Coffee morning/day at my mums. Even more people came and stayed for lunch than last time which was nice – god forbid how much cake we would have had left if they hadn’t!  We managed to raise £430 in total which was fantastic, so thank you to everyone who contributed it means alot to us as I know it does to many of you.  Some of the deliciousness cooked up by the Anderson- Becker team are included below…. although my first attempt at the Coffee and Walnut Cake is definately open for improvement so let me know if you fancy being a guinea pig! 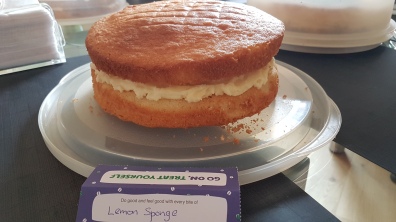 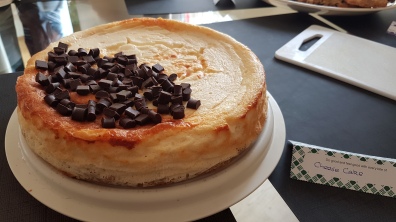 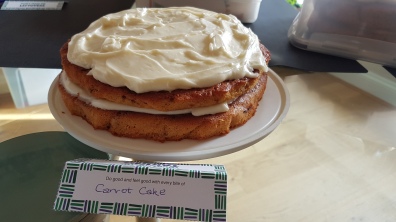 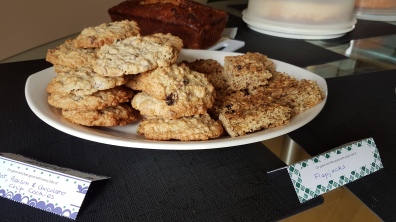 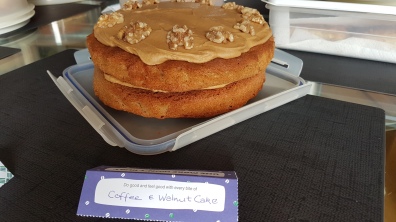 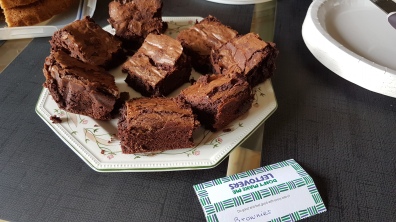 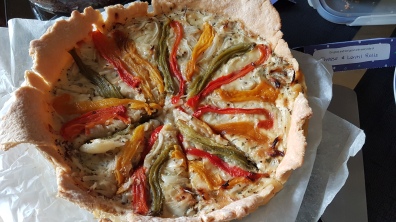 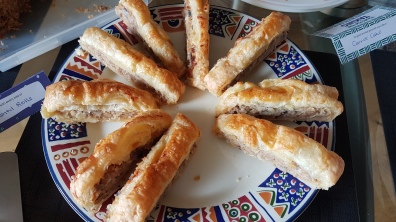 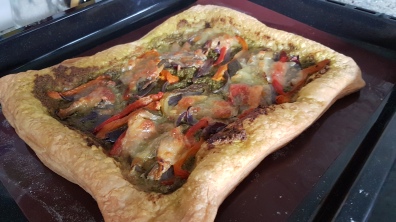 The dreaded on going saga of the batteries meant another trip down to Hailsham and this time we fell upon a beautiful place called Lachetts campsite which was in Highlands Ln, Lewes BN8 6HE (£15 without elec.)  It was an absolutely stunning location looking out over rolling fields and a little pub 5 minutes walk away… just a shame we were only there fore one night and didn’t have the time to explore more as there is apparently alot of beautiful walking in the area. It did go down to 3 degrees overnight…. proper chilly! 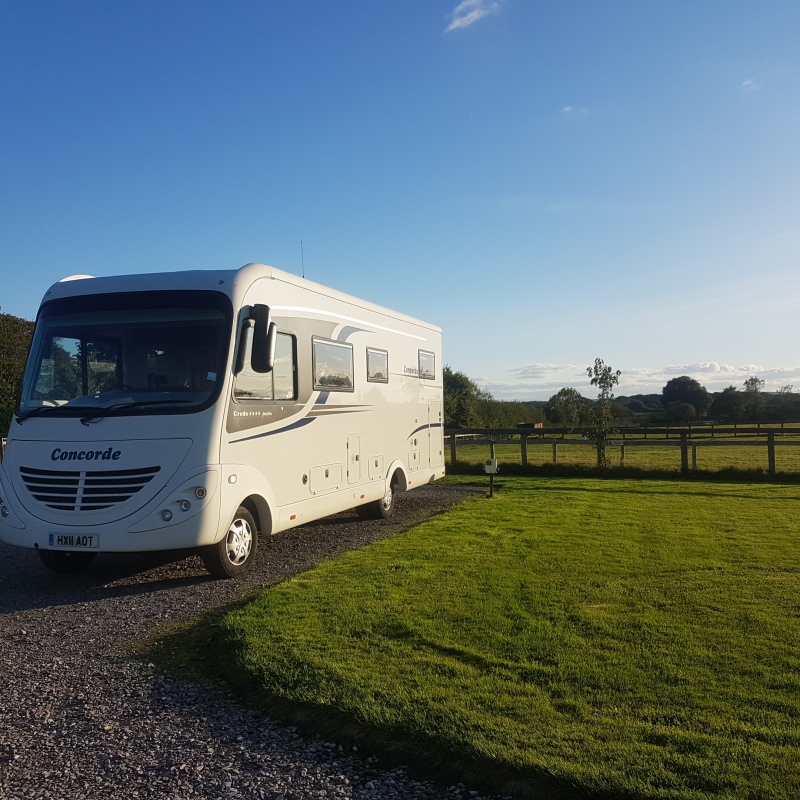 We are pretty much there though with the batteries and now the days are getting shorter and the sun appears to be spending less time warming the solar panels we are hopefully going to start to see the advantage of the lithium.  So far, as I write this all has gone well and despite the grey, wet days that we have had over the last couple of weeks we are managing to stay off grid but the next three weeks will be the true test.

As 50th birthdays are starting to become a popular thing in our world, we kicked off the season with a surprise girls weekend away for Jo’s birthday in a beautiful cottage in a little village outside Bourton on the water before heading back to Bath with Hattie the following weekend to celebrate it again with a wider group of friends. Good food, lovely wine and great company….. I just hope we don’t have to leave it another ten years before the beef wellington shows its presence again as it was yet again to die for… 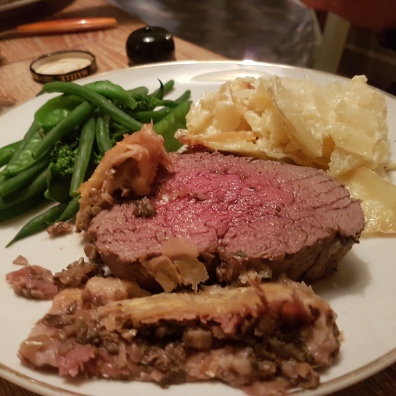 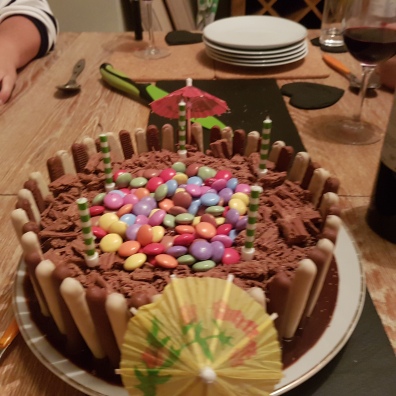 It had to turn to food at some point so I best get the key new dishes out of the way …. I have been Inspired by James (Claire’s husband) who apparently has taken up pie making – and is pretty good at it.  I decided to take on winter and get into the mood with a Squash, spinach, goats cheese and blackbean pie.  It turns out to be a really easy winter warmer that you can cook in the motorhome.  The layers look pretty impressive as well as it tasting delicious… although perhaps I need to work on my presentation skills! 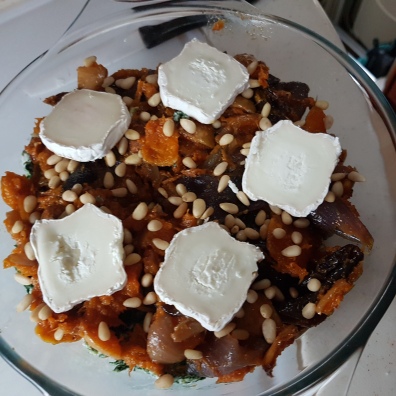 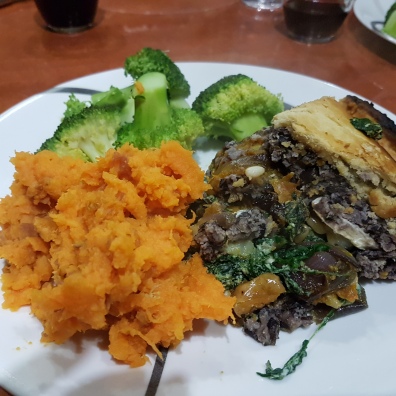 There has also been a fair quantity of soup making going on.  Trying to be seasonal, this one was Pumpkin soup with fresh focaccia – just what you need for halloween! 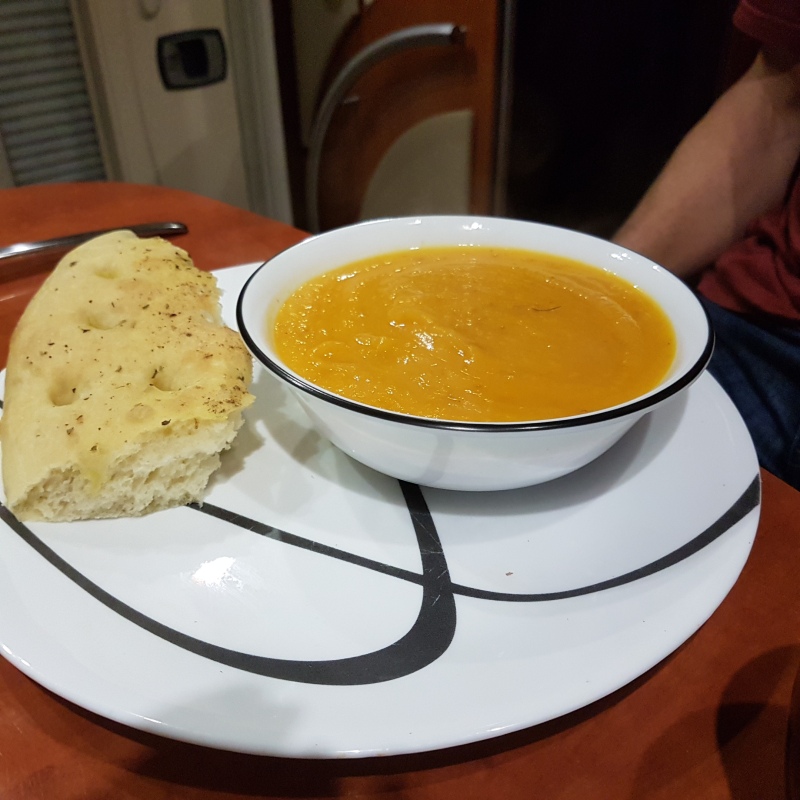 For our last trip out with Hattie before we head to Europe, we ventured down to just outside Chichester last weekend to meet up with a number of other Concorde owners at Concierge Camping…. probably the poshest campsite that we have ever been too!

The campsite was lovely with big fully serviced pitches, luxurious showers (which we didn’t end up using) and orange toilet paper…. yes really – anyone would have thought they were Dutch with the amount of Orange going on.

It was a shame as the weather on Saturday was pretty vile but it is fair to say that the company and the food and drink laid on for the weekend was second to none.  A second Macmillan morning was organised by two of the other Concorde owners which was a huge success raising just over £400 with an incredible amount of lovely cake. Three different types of Paella were served up on Friday night and a lovely hog roast on Saturday accompanied by cocktails – thankfully there was ample cake left for a quick alcohol soak up session on Sunday morning as I for one was struggling…..

Less than three weeks to go until we head off now…. or at least that is the plan as we still haven’t actually booked anything but we are officially on countdown! 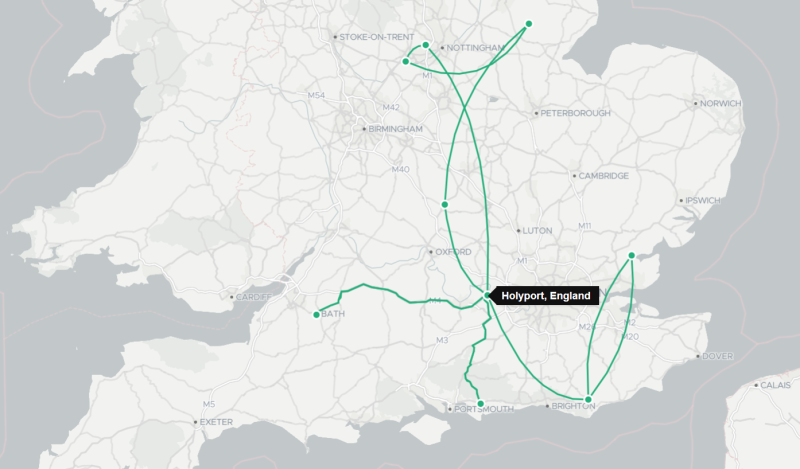