The journey back to the UK was better than we could have hoped for bearing in mind it was the first weekend after most schools broke up for summer holidays.

We arrived at Calais earlier than expected and had a quick pit stop at Cite Europe before getting a slightly earlier train – all of 45 minutes – enabling us to whisk our way round the M25 and back to the farm by about 18:30.

The sun was shining, a gin tonic and beer were had and there were even baby calves in the field …. what a welcome, even Spud the dog was on duty!

After a good nights sleep, we caught up on the washing, shopping and sorting before heading over to see Keith’s mum late afternoon to say hello – have dinner – and pick up the car.

The last four weeks have flown by, seeing family and friends and catching up on those tasks that you just can’t quite do when you are out of the country – but all is good.

Not surprisingly, much of the time since I last updated the blog has been taken up by eating and drinking…. well, its what we do with friends and family… oh ok, and on our own !!

Picking out a few highlights – as we have been busy – we arrived back to go to the Maidenhead Real Ale and Cider festival with friends which was a lovely warm evening, interspersed with a few light showers to help us cool off! 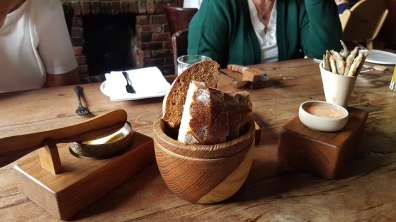 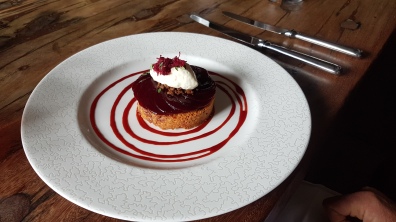 although I have to be fair and say that it wasn’t the best fish and chips I have ever tasted – it was good – but everything else was exceptional. 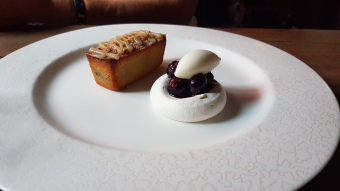 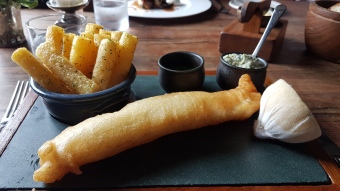 Unfortunately, we haven’t had quite as many BBQs as we had hoped due to the weather… and I though it was summer! Although we did however manage to do a bit more experimentation,  cooking up some delicious Lamb to go with Moroccan Khobz bread and salads for Bruce and Sarah as well as my first ‘successful’ Lemon Posset – the last one was that bad it had to be disposed of in the bin! 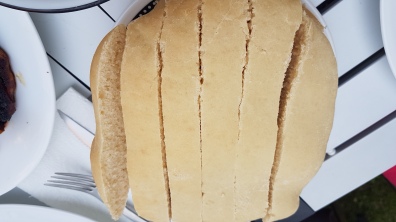 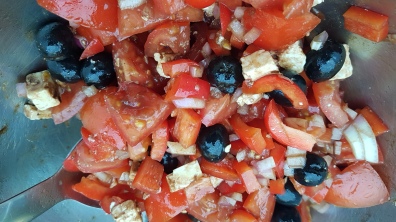 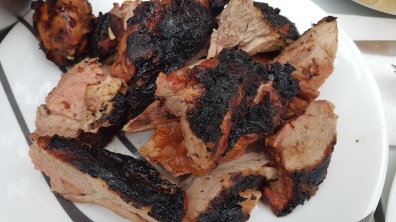 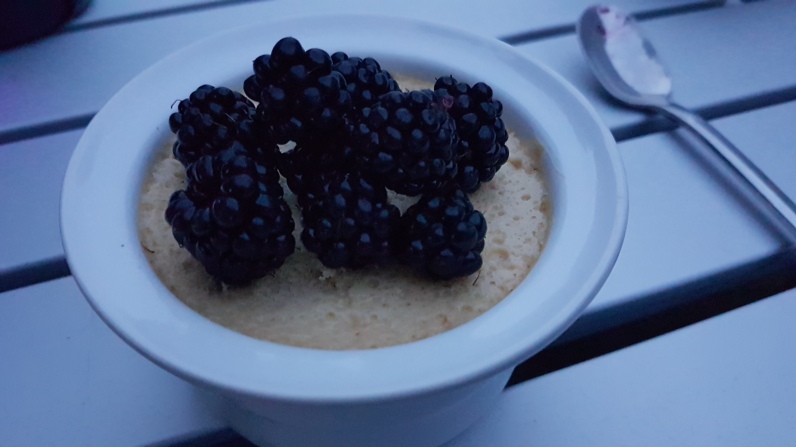 And just to show that we still do experiment with vegan food, we tried out a delicious new recipe to make BBQ Squash and Blackbean Quesadillas ….. although the best picture I have of it,  is of when we made them with the Sausages, Bacon and Black-pudding …. does that defeat the object??? 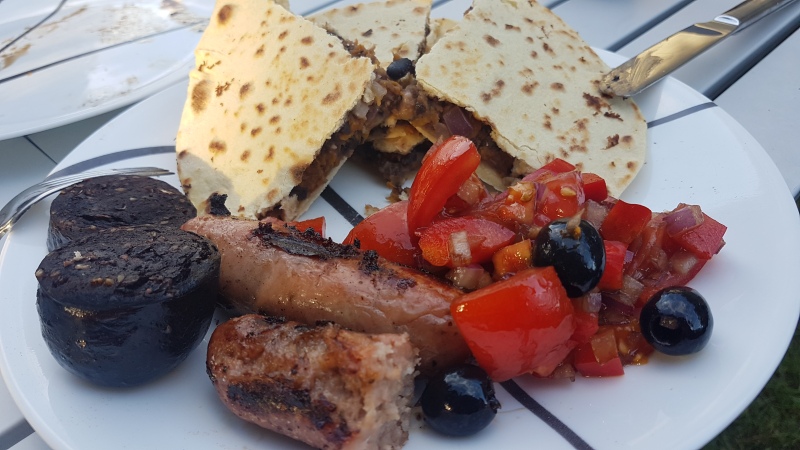 And finally to top the last few weeks’ culinary delights we went up to London to Richard Corrigans’ restaurant in Mayfair for a tasting feast with paired wines…. 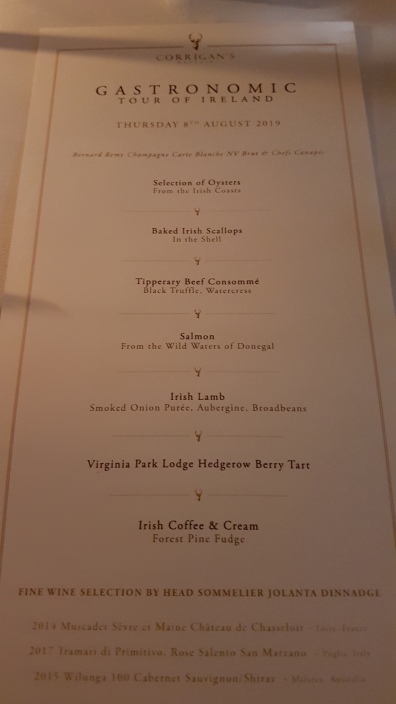 It’s not something we have ever done before but definitely something to do again – although not cheap, it was amazing value and the food was beyond delicious. 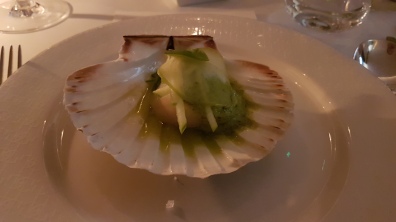 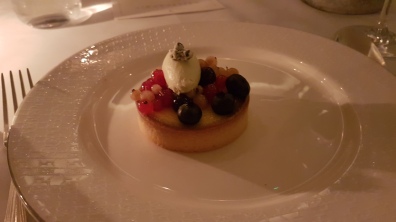 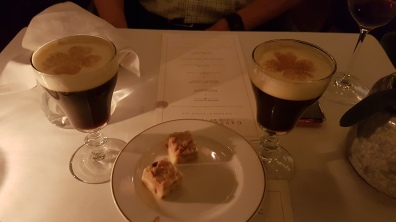 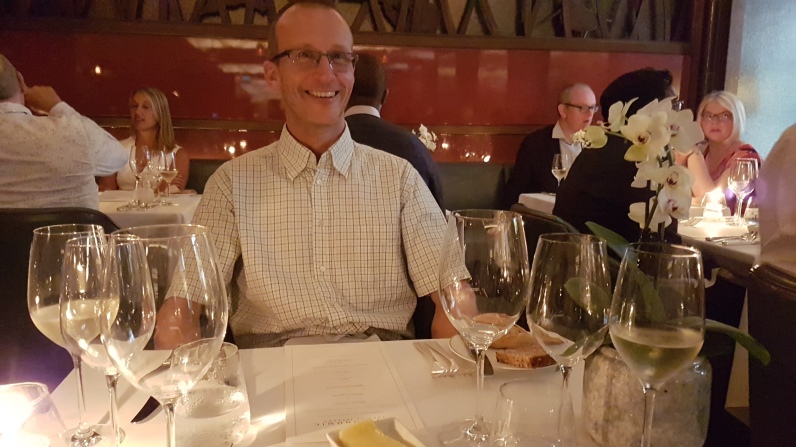 Having only ever had oysters in New Zealand we were curious… but three glasses of champagne and several oysters later we were complete converts!

Following the plethora of Oysters, Champagne and canopes, our taste buds were tantalised as each plate was full of flavour but at the same time delicate.  Nothing was heavy and although there was a lot of food, neither of us came away feeling that it was too rich – it was all perfectly balanced as were the wines.

We have had an exceptional few weeks with food – although we can’t really complain as we always eat well – but have temporarily left the culinary delights behind us to come down to Hailsham in Sussex to get Hattie’s leisure batteries changed to Lithium and replace the inverter/charger.

We have been staying at a lovely little CL right on the edge of some woodland with a random collection of terracotta pots and an old pump station! (£12 a night inc Elec. – Longleaze, Arlington Road West, Hailsham, BN27 3RD). The CL is roughly 3 miles from AMC Motor caravans who are the sole distributor in the UK for Transporter Lithium batteries, where we had decided to have the works done.

It should have taken a ‘long day’ to complete the works but unfortunately something was causing a problem and tripping the electrics – oh and the torrential rain didn’t help either as we are too big to get in the service bays so the engineer was exposed to the elements – it all took slightly longer…. another day and a half to be precise!  They are a great team though and they worked through the issues and wouldn’t stop until it was resolved.  It looks like we are sorted now, although time will tell and I’ll update you next time as we have decided to spend another night locally to give ourselves a chance to test everything before we move on …. and its chucking it down out there so who wants to move anywhere anyway!