Well, I have to admit I have been a little slack in regards to keeping on top of the blog over the last month, but I am pleased to say we are back…. And we are back with a vengeance as we are dusting off the tyres, polishing up the wing mirrors and stocking up on the wine ahead of our departure this week.

Six months ago we were both a bit apprehensive about staying in one place for three months …. so it is difficult to believe that with one thing and another, we have ended up spending six months here and most importantly we are still talking to each other 🙂

The last few weeks has been full-on with all the normal entertaining, socialising and sporting activity in addition to incorporating Keith’s mum, sister and brother-in-law visiting us and a quick trip back to the UK for a few days to sort out some property bits…..somehow managing to squeeze in a very quick visit to Bath to eat cake…oh sorry, yes and to catch up with a few friends 🙂

Back in the land of Alicante, Emma and Paul popped in for a night on their way back north and although they are both training for Marathons and off the alcohol, I am increasingly concerned about the drinking habits of the dogs…..

As a few of you will know, we have been deliberating our next steps and whether we go East to take in some of the beautiful parts of Eastern Europe before heading up into Scandinavia, or go West from here across to central Portugal to see a bit more of the Douro and ahem, naturally learn more about Port. Following that we would then work away across Northern Spain into France just near to a little town called Valence which is on the Rhone to do some Cherry and Apricot picking. Unsurprisingly – just to be different – we have decided to go Cherry and Apricot picking ….. And why not 🙂

So, Eastern Europe and Scandinavia have been earmarked for next year now ….. but who knows, plans are made to be changed!

All I can say is that we have had a fantastic time in Alicante and in addition to spending more time with the group of friends we already had here ……. A nice BBQ yesterday…. 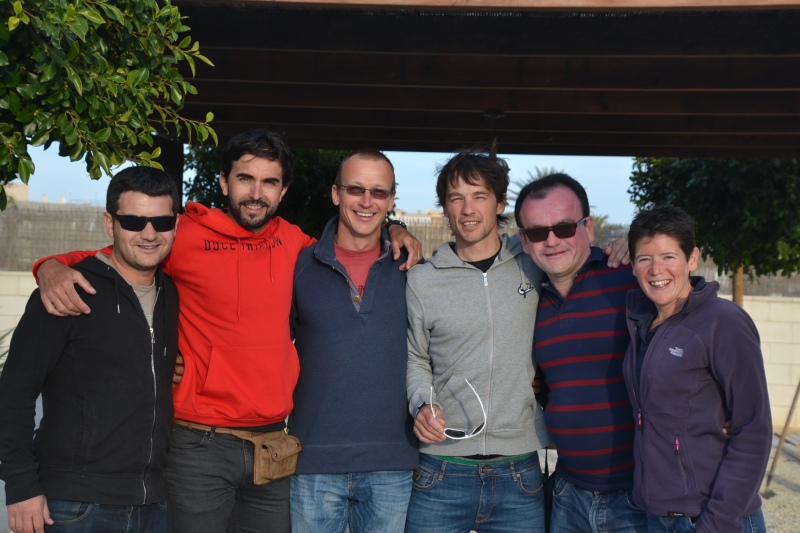 we have met some fantastic people on the Camper Area El Campello and made some wonderful friends, including Michelle and Teresa who we will be joining for Cherry and Apricot picking where the competition will begin as to what we can make, cook, bake with Apricots and Cherries 🙂 (As you know I am not competitive at all and really don’t like desserts …. Nor does Michelle)

So, the next blog will be from somewhere else….who knows where, but it won’t be here.  So, Happy Easter – hopefully you have had more Easter Eggs than we have …… Although I did make some Chocolate Fridge cake as compensation 🙂
As it has been a long time since we have moved anywhere I thought I should update the distances before we start racking them up…..just a reminder, this is since 16th Aug 2015.